The peeling wallpaper was intricate with swirls, lines and embossing.

A sheen triggers its color and iridescence when seen from the right angle – jumping out from the dusty wall.

The trim with not a single power outlet – just a lone light bulb dangles from the ceiling.

A flashlight and gem from the craft store create an eery pattern on the wall.

The room? The old bedroom of baby seller Gertrude Pitkanen Van Orden in the basement of my studio. Her office was in the building next door, and her story was just told in a recent New York Times article.

These juniors were up for ANYTHING, be it exploring musty & dark rooms, pelting me with sequence, spinning around the room like they were a 3-year old in a flower field, or other random ridiculousness I expected of them to do while I photographed them!

All clothing from Mirror Mirror.

Makeup by Tasha Hall of Studio 19 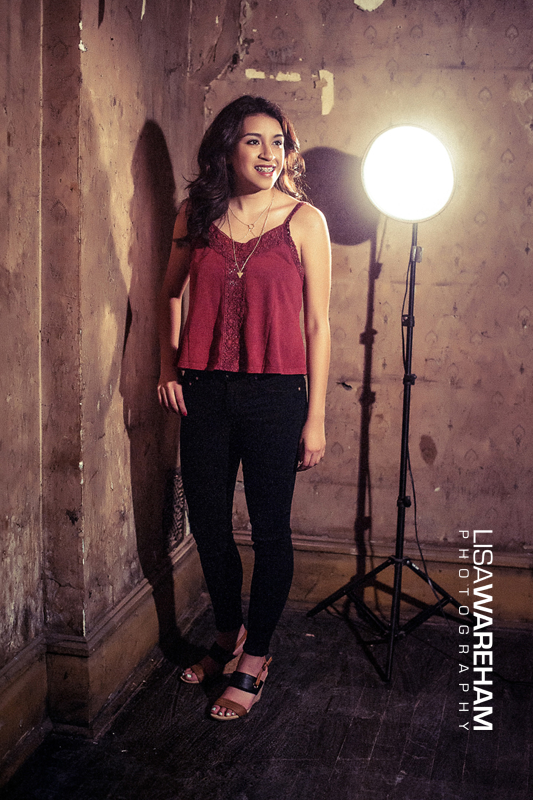